Although the 2012 World 24-hour Championship was held only nine months before the 2013 race is scheduled to take place, that fact has not dampened runners’ enthusiasm for the event.  Participation is again at over 250 runners (not including the Open division) for the 10th edition of the World 24-hour Championship in Steenbergen, The Netherlands.  I am also happy to see that, for the first time in its history, the number of women runners competing has broken 100.  Way to go ladies!
As with last year's race in Poland, runners from 34 countries will be competing at the 2013 World 24-hour Championship.  For the team competition, 25 men’s team (up from 24 teams in 2012) and 23 women’s team will toe the starting line.  Again, the women’s teams continue to increase, up from 20 women’s teams from last year.  New to the competition from 2012 are women’s teams from The Netherlands, Sierra Leone and Spain.
The US women are looking forward to defending their Team Gold medal and bringing home another one.  We have two new members, Sabrina Moran Little and Traci Falbo.  Both are very strong runners.  Coupled with super-athlete Connie Gardner (2012 Silver medalist), Suzanna Bon (5th in 2012) and Carilyn Johnson (making her 4th appearance at Worlds), I am anticipating big mileage numbers from my teammates.
Competition, however, looks stiff.  Starting with the Japanese, World 24-hour track record-holder Mami Kudo will be leading the charge followed by her teammate Mikie Sakane (PB of 243k).  Lizzy Hawker, World 24-hour road record-holder, will be joining the already strong team from Great Britain.  The French team has two runners with over 230k as personal bests, Anne-Marie Vernet and Cécile Nissen.  Germany has two runners with personal best of over 228k,   Melanie Strass and Antje Krause.  And of course there are many amazing individual runners including 2012 Gold medalist Michaela Dimitriadu from the Czech Republic and Monica Casiraghi from Italy.  And I am sure I have missed some.  It will be an exciting race!
On the men’s side, unfortunately 2012 Gold medalist Mike Morton will not be running on the US team as he is injured.  Nonetheless, I expect the US men will be right in contention for a medal with new team members Jon Olsen, Nick Coury and John Dennis.  US Bronze team scorers from 2012, Harvey Lewis and Joe Fejes, will be returning.  Last year, Germany won the men’s team Gold, followed by France with Silver breaking the dominance of the Japanese men's team for the last several years.  The Japanese men collectively had a bad race in Poland so do not underestimate them for the 2013 race.  Finally, I would be remiss in not mentioning that World 24-hour record-holder Yiannis Kouros will be competing for Greece.  Although he is 57 years old, he is still running strong and an inspiration to watch.
Good luck to all runners or, as they say in Steenbergen, “Veel geluk!” 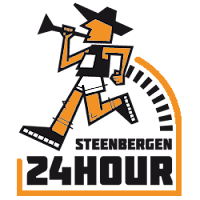 Posted by Debra Horn at 4:44 PM No comments:

I planned my last long run before the World 24-hour to coincide with the North Coast 12 and 24-hour race on April 20-21, 2013.  I signed up for the 12-hour race, not sure whether I would stick it out the entire time.  I didn't want to put too many miles on the legs before Steenbergen.


Of course, before the race, the weather in Cleveland was beautiful, some may say even a bit hot.  Two days before the race, temperatures were in the mid-80s....  The weather gods, however, were playing a cruel trick on us.  Before we could blink things changed around very quickly.....
﻿


﻿﻿Now, do not adjust your computer screen.  Yes, that is SNOW.  Now, snow by itself does not bother me.  I actually like running in colder weather.  The one potential drawback of the location of the North Coast race is that it is directly on Lake Erie.... and when there is bad weather it can be intensified by the Lake.  And so it was on Saturday.  The wind was downright wicked.  It was blowing out of the Northwest so we ran clockwise.  We got a HUGE tailwind running closest to the Lake and then got a HUGE headwind on the south side of the course.  At times, I was literally stopped in my tracks, the wind being so fierce.  And coming around to the lap counter by the beach, because of the wind direction, the path was covered in sand (although volunteers valiantly shoveled sand all day!)  Every lap, my face was sandblasted, mouth full of grit and shoes full of sand.
﻿


﻿As I lapped around the course, I started thinking, hmmm, this is "only" a training run.... it shouldn't be so hard.  I kept getting slower, the wind sucking all energy from me.  I did have a chance to chat with a number of runners, like Beth McCurdy, Liz Bondar and eventual 24-hour female winner, Alene Nizky, which was fun and entertaining.
After six hours of these conditions though, I started thinking I wanted to cut my 12-hours short.  I jogged up to Dr. Andy Lovy (US 24-Hour Team doctor, who was walking the race).  "Hey Andy," I said, "I'm thinking about calling it a day at 40 miles."  His response without missing a beat was "Good decision."  I didn't wait around for him to change his mind....  I now just had a few more laps and I could stop....  I hooked up with Hung Ng, who was struggling at that point (he ended up 2nd place in the 24-hour) and we walked some and then ran some to get me to 40 miles.  He continued on, claiming he was going to stop at 50 miles.  As usually happens in 24-hour races, he got a second wind and stayed out the entire time, hitting 120 miles.  Way to go!!


I, on the other hand, quickly packed up with my fantastic crew member, Courtney, and we headed to the nearest pub for some refreshments.

In spite of the miserable conditions, Race Director, Heidi Finniff, and all of the volunteers from the Cleveland West Road Runners were AMAZING.  The new timer, Charles Elkins, also had a wonderful set-up and you always knew exactly what your miles were as well as the people in front of you.  This race is truly first class and I definitely will be back, yes, rain or shine, snow or dry.... but keeping my fingers' crossed for no wind!

Special thanks to Charles Elkins, John Carroll and Pat Dooley for the photos.
Posted by Debra Horn at 3:42 PM No comments:

Training for a 24-Hour Race

With a month to go until the World 24-Hour Championship in Steenbergen, The Netherlands, my training is winding down.  I have one 12-hour run planned for April 20th at the North Coast race and after that, my long runs are done until the World race.

What training plan works best for a 24-hour race?  It seems like I have tried them all and a successful performance on race day can depend on a number of things not even connected to one's training.  I think though that my optimum training plan is to run a number of consecutive marathons as my long runs before the race.   That way, I get in some faster running and longer distances but do not run too many miles and risk injury.  Of course, I know some super fast runners, like Mike Morton, who run consecutive 100-mile races to prepare for a 24-hour race!  The key here is to know your own body and what you can handle.

I also like to run one speed workout on the track each week.  Again, this helps to put some spring in the step and keep my legs energized.

For total weekly miles, the most mileage I have run to prepare for a 24-hour race is 100 but that is a tough number to hit when you work full-time.  To get in mileage during the week, I usually run twice a day, breaking up the run depending on my schedule, could be before or after work or even during lunch.  This schedule doesn't leave much time for anything else so this is not something I can maintain for months on end.

At the end of the day, don't sweat the training.  The mental aspect of the race is also important and sometimes I have my best races with little training but having the right mental frame of mind.  So regardless of your train, go out and enjoy the race!