The 2013 United States 24-Hour Team was recently selected based on past 24-hour performances over the last 18 months.  I was fortunate to have a decent race in December after my not too impressive run at Worlds in Poland.  The team is as follows:

I am looking forward to seeing old friends and meeting new ones on the team.  The World 24-hour race this year is fast approaching in May.  The race will be held in Steenbergen, The Netherlands.  I will post more information as race details become finalized. 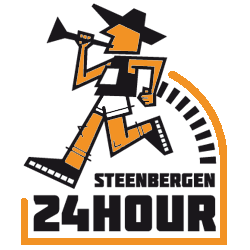 Ultracurling vs. Ultrarunning - The verdict is in

I can now check ultracurling off of my bucket list.  This past weekend, I helped Mayfield Curling Club celebrate its 50th Anniversary by participating in “50 hours of continuous curling.”  While I didn’t curl the entire 50 hours, I was able to curl 15 games, which translates into 30 hours of curling over a 2-day period.

The event kicked off with the 6:00 PM draw on Friday night, February 1st.  I started curling at 10:30 PM on Friday night when the regular draws had concluded.  Everyone was full of energy  and the stereo was cranking.  During “breaks,” some brave souls surfed on the rocks for our entertainment.  It was a continuous party!

With the bright lights of the curling club and lack of windows, it was similar to being in a casino… easy to lose track of time!  When 5:00 AM rolled around, I couldn’t believe it as the time had flown by.  At 10:00 AM Saturday, I still felt wide awake but the regular men’s draw was starting so I went home for a few hours sleep.  I returned for the 4:45 PM draw on Saturday and continued until 8:30AM on Sunday, went home for more sleep before returning at 6:30PM for my regular mixed doubles draw, which concluded the 50 hours at 8:00 PM on Sunday night.

So what are the advantages of ultracurling over ultrarunning?

1.        Everyone is much more social.  When I run ultras I go into my own little world and don’t talk to anyone. Ultracurling was highly entertaining!

2.        It is definitely not as tiring as ultrarunning.  I think the bright lights are a big help in staying awake.  Maybe I need to find an indoor ultramarathon?

3.        I can drink beer and eat hamburgers while ultracurling.

5.        I did not lose any toenails (but this is probably not a fair comparison since I currently only have a combined total of 4 toenails on both of my feet).

1.        While not as tiring as ultrarunnng, ultracurling has more repetitive use of certain muscles and joints.  I am right-handed.  Due to pushing out of the hack with my right foot over and over, my right quad, knee and Achilles were starting to protest at the end of the event.

2.       While I listed the social aspect of ultracurling as an advantage, it is also a disadvantage.  One of the things I like about ultrarunning is getting in the zone and not talking to anyone!

3.        Ultracurling involves a lot of thinking; what shots to call, when to sweep, etc.  Ultrarunning is much more relaxing because you don’t have to think about anything and can clear your mind – almost like meditation.

So, would I try ultracurling again?  Definitely!  But at the end of the day, I will stick with ultrarunning.
Posted by Debra Horn at 9:42 AM No comments: