Although the temps in Cleveland remain in the 60s, winter is nonetheless approaching and that means CURLING season is almost here!  Yes, our club league play starts this Friday night, October 30th.  In anticipation of the start of the season, Roger and I traveled with two other MCC couples to the Kitchner/Waterloo Granite Club in Ontario last weekend to get in a little practice.

The bon spiel is called the "Funnenspiel" and encourages costumes and not taking things too seriously.  To emphasize that point, we started with two 6-end games and every person on the 6-person team rotated each end to a new position (so 2 people were sitting out each end).  There was definitely some strategy to putting together the right rotation.  We all were a little rusty the first game and got creamed by one of the host club teams.

Being the only U.S. team, we kicked it into a higher gear for the remaining two games and managed to win, I think to the Canadians' surprise.  We ended with a 4th place finish and more importantly got our fill of delicious Brick Beer, one of the sponsors of the spiel.  This was our second year attending this spiel and it is one worth returning to again and again... just for the Brick Beer!

Posted by Debra Horn at 2:40 PM No comments:

Charity a winner at the North Coast

I had to dash off immediately after the North Coast 24-hour race to make a plane connection. So I was pleasantly surprised to receive a $200 check in the mail from the Race as the 3rd place "prize." I mulled over for a few days what to do with the winnings. My first thought was to throw a party for all of the wonderful friends and co-workers who came to the race to cheer me on. This is still something I will probably do.... But as I thought about it, what a better way to spend the money than to donate it to the Epilepsy Association? As I mentioned in prior posts, I am the Honorary Chair of a fundraising effort called the Virtual Runner for the Epilepsy Association. Getting 3rd place and making the National Team and raising even more money for the Epilepsy Association was a BIG win all around. Anyone interested in donating can click on the Virtual Runner hyperlink. 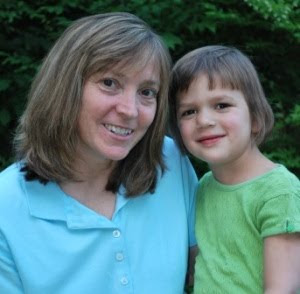 Luci and me (my friend's daughter - who has epilepsy)

I was very proud this past weekend to be a part of the inaugural Cleveland North Coast 24 hour race. What a fantastic event. The race course was in excellent shape and miraculously the weather cooperated. Volunteers and race organizers were first class. Thank you all!  In addition to trying to make the U.S. National Team, I was also racking up miles for a charity event I'm involved in for the Epilepsy Association called the Virtual Runner (check out the t-shirt I have on)!

The race was just part of a whirlwind weekend for me. First the race on Saturday and Sunday and then off to St. Louis on Sunday to attend the FarmAid concert (Roger and I have gone for 5 straight years). We had it calculated out to just barely make our plane if I left the race immediately at 9:00 a.m. on Sunday.

I had two goals for the race initially. I first wanted to try to break my age group American Record for 12 hours. This has been held by Sue Ellen Trapp since1996 with mileage of 117.401 kilometers or 72.9496 miles. I had planned to try for this record at the Delano Park 12-hour race in March but a severe case of bronchitis derailed me. My secondary goal was to hit 130 miles.

Before the race, I had calculated in precise detail what pace I needed to run in four 3-hour segments to break the record. Based on that plan, I started the race at a 9:15 minute per mile pace for 3 hours, then 9:30 pace for 3 hours; then 9:45 pace for 3 hours and finally 10:00 pace for 3 hours. If I hit those splits, I would hit 82 laps or about 73.8 miles. Since it was not a 12-hour race, I couldn’t plan on getting credit for a partial lap. I gave these splits to my fabulous crew and told them to let me know if I was falling behind. I forgot to tell them though that if I hit 81 laps, I would still break the record (but just barely).

The race started under threatening skies. Weather predictions all week called for rain but none developed. There was a bit of a breeze coming from the south that hit runners on one side of the course but it did keep everything cool. The first hours of the race all blurred together. My boyfriend, Roger, had put out the word on the race and friends kept popping up all day to cheer me on. It was really fun running by our aid tent every lap and seeing new faces. I wanted to stop and chat but knew I was on a mission. As the race progressed, I realized that my careful calculations did not take into account that I might need time to stretch and go to the bathroom. Oops! So, during the first 12 hours, I stopped only once to stretch and once to go to the bathroom. I just didn’t have more time!


Trying to keep track of my splits!

Yes, there is a beach in Cleveland with part of the course running next to Lake Erie.

At the 11-hour mark, my crew appeared to be concerned. They finally confessed to me that they feared I would not make 82 laps. I then confessed that I had a one lap cushion. They were elated. Yes, I now had plenty of time! By then, I was having major cramps in my calf muscles. Dr. Andy had given me a potassium pill earlier to help alleviate the cramps but my legs kept seizing and I thought I was going to fall over a number of times. On my 80th lap, Byron Lane ran by and I commented that I needed one more lap for the record. He was kind enough to run ahead to tell the race organizers and so a race official came with us to mark my partial lap when I hit the actual 12-hour mark. Thanks Byron!!  At the actual 12 hour mark, I ended up with about an extra one-half lap but I am not sure yet whether it will be counted. But even without that extra half lap, I did squeak by with 81 laps or 72.96075 miles. PHEW!

I was so happy at that point that I went by my aid station, hugged Roger and my crew and then walked a lap before heading in the medical tent to get some major stretching done on my body. It will be interesting to see the splits to see how long I was in the medical tent because it seemed like a long time but I definitely needed it. Dr. Andy and his medical students were miracle workers. They eventually worked out the kinks, wrapped me in a blanket and pointed me back out on the race course, I was seriously thinking of quitting at that time but some friends had just shown up to watch me run so it would have been pretty lame to stop before they even saw me…. So, I started walking a lap and before I knew it I was running again.


Nice and warm in the medical tent but still 12 more hours to go.

Everything seemed to be working pretty good until hour 15 when all of a sudden something popped in my hamstring and then pain. I immediately stopped running and once again hobbled into the medical tent. Dr. Andy again set me straight. Given that I still could walk, I didn’t actually pull my hamstring but he thought I had something out of whack in my back. He did some manipulations of my back, told me to change into tights to warm up my legs and to get back on the race course. I have to admit that I was very skeptical. I was in some pain and really didn’t believe I would be running again in the race. I walked a lap and still felt pain so I took 2 Advil, and then slowly started running again. Before I knew it I was feeling good.

Hours flew by. A full moon popped out of the clouds and the lights from downtown Cleveland and passing boats twinkled. It was a magical night. As the dawn approached, I found out I was the 4th place woman. I started focusing on how I could catch the 3rd place woman Anna Piskorska.  I was making some headway when Connie Gardner, having major stomach issues, had to drop out. Now I was in 3rd place. Again, I kept trying to make a dent in the lead built by Anna. I think at one time I came within 2 miles. But every time I made more headway, she would revive and speed by me. With 2 hours to go, I was losing steam and I didn’t think I would catch her unless she totally fell apart and she was one tough runner. But the fourth place woman, Kim Martin, who had also been plagued by stomach problems earlier in the race, was now running very strong. She was motoring. I was about 5 miles ahead of her so I just needed to keep moving to maintain my place. But in the last two hours, Kim and I did talk a little bit and it was good to have something to focus on.


Toward the end of the race and yes, Kim Martin and I are having fun!

With three minutes to go, I was close to my boyfriend’s car and I decided to stop a tad early. We had to catch a plane to the FarmAid concert in St. Louis and had to make a dash for the airport! I ended up with a new PR (barely) of 128.933 but still shy of 130 miles. This race, however, gave me confidence that I can definitely make the 130-mile mark. Can’t wait for the next race.

I got to chat during the race with a lot of very nice and inspiring runners, many of whom I’ve heard of but had not actually met in person, including Newton Baker, Suzanne Pokorney, Liz Bauer, Dan Rose, Mike Henze, Ladd Clifford, Chisholm Deupree, Ray Krolewicz, Kim Martin and Jill Perry to name a few! One of the best parts of running 24-hour races is that you actually do get to see and talk with a lot of runners who are all such wonderful and interesting people.

Kudos to Leo Lightner for breaking the American Record for his 80-84 age group for 24 hours. He was on the course the entire time and looked really strong. A true inspiration for us all!

Also, a special THANKS to my socks sponsor, DryMax socks.  I only changed my DryMax socks once during the race and had no problems with blisters.  DryMax also supported the Race by providing FREE socks to all participants. That was awesome!!

And yes, Roger and I did make our plane and the FarmAid concert was fabulous and yes I did stay awake until the end!