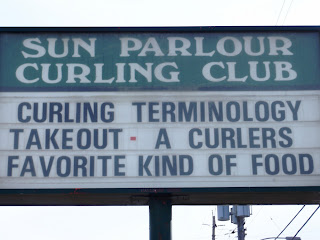 The Team went on the road last weekend to Canada for a final tune-up before Nationals.  We went to the Sun Parlour Curling Club in Lemington, Ont., by Windsor.  They had a 4-sheet club.  The ice was fast but had a lot of runs and falls.  It was tough predicting the ice.  We played two games on Saturday and recorded wins.  We played in the final event on Sunday.  We had a close game and were tied going into the 8th end.  We didn't have hammer and had a chance for a steal but the other team's skip made a nice last shot for the win. 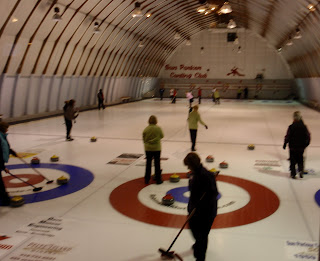 We got to watch a lot of curling on TV since the Olympics were in full swing.  Of course, the Canadians focused on the Canadian teams so really fun to watch.  Those Canadian Olympic teams were fantastic!
Posted by Debra Horn at 2:37 PM